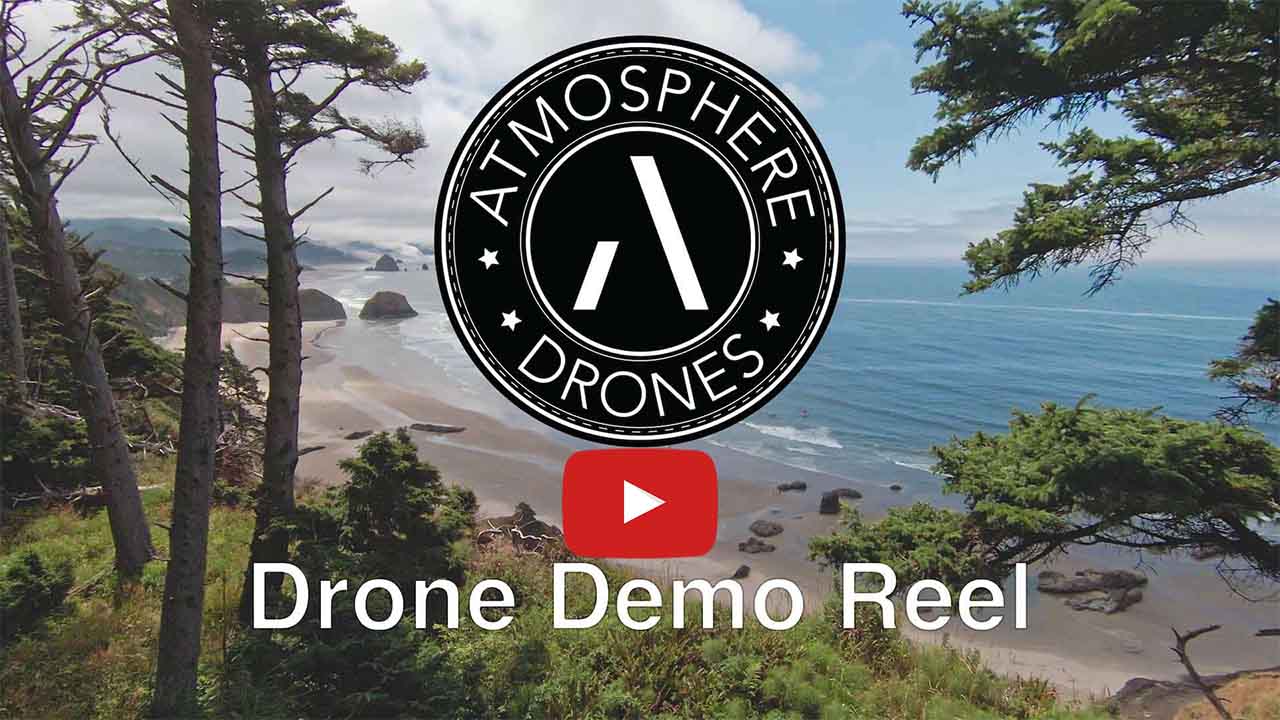 What are Drones and UAV’s

Beyond the military applications of UAVs with which “drones” became most associated, numerous civil aviation uses have been developed, including aerial surveying of crops, acrobatic aerial footage in filmmaking, search and rescue operations, inspecting power lines and pipelines, and counting wildlife, delivering medical supplies to remote or otherwise inaccessible regions, with some manufacturers rebranding the technology as “unmanned aerial systems” (UASs) in preference over “drones.”Drones have also been used by animal-rights advocates to determine if illegal hunting is taking place, even on private property. Drones equipped with video cameras are being used by the League Against Cruel Sports, a British animal-rights group, to spot instances of illegal fox hunting UAVs are nowadays routinely used in several applications where human interaction is difficult or dangerous. These applications range from military to civilian and include reconnaissance operations, border patrol missions, forest fire detection, surveillance, and search/rescue missions. Baton Rouge Aerial Video Photography

In both Europe and the United States, UAV videography is a legal gray area. The Federal Aviation Administration (FAA) and their European equivalents have not issued formal regulations and guidelines surrounding drones in the private sector. Much like how the explosive growth of crowdfunding sites like Kickstarter and Indiegogo has caused headaches for legislators, UAV technology has advanced too quickly for bureaucrats to handle.

The FAA is debating offering guidelines for drone operators in the private sector by 2015, and European regulators are meeting on 9 February to iron out rules for UAVs in EU airspace. Domestically, lobbyists are petitioning the agency to give wide leeway to the use of unmanned aircraft for commercial photography, videography, and surveillance purposes. At the same time, lobbyists for occupations that stand to lose business to drones such as commercial pilots are petitioning the FAA to restrict drone use as well.

Colin Guinn of DJI Innovations, a Texas-based retail UAV manufacturer, told Co.Create that FAA regulations generally permit hobbyist drone use when they are flown below 400 feet, and within the UAV operator’s line of sight. For commercial drone camerawork inside the United States, industry sources told us that use is largely at the de facto consent – or benign neglect – of local law enforcement. Use of UAVs for filmmaking is generally easier on large private lots or in rural and exurban areas with fewer space concerns. In certain localities such as Los Angeles and New York, authorities have actively interceded to shut down drone filmmaking efforts due to concerns driven by safety or terrorism.[55] [56] [57]

On 2 June 2014, the Federal Aviation Administration (FAA) said it had received a petition from the Motion Picture Association of America seeking approval for the use of drones in video and filmmaking. Low-cost drones could be used for shots that would otherwise require a helicopter or a manned aircraft, which would reduce costs argued seven companies behind the petition. Drones are already used by movie makers and media in other parts of the world. The FAA is required by Congress to come up with rules for commercial use of drones by 2015.[58]

Drones are starting to be used in sports photography and cinematography. For example, they were used in the 2014 Winter Olympics in Sochi for filming skiing and snowboarding events. Some advantages of using unmanned aerial vehicles in sports are that they allow video to get closer to the athletes, they are more flexible than cable-suspended camera systems.[59]

UAVs are increasingly used for domestic police work in Canada and the United States:[55][56] a dozen US police forces had applied for UAV permits by March 2013.[23] Texas politician and commentator Jim Hightower has warned about potential privacy abuses from aerial surveillance.[60][61] In February 2013, Seattle Mayor Michael McGinn responded to protests by scrapping the Seattle Police Department’s plan to deploy UAVs.[62]

First drone-assisted arrest of an American

On 28 January 2014, a North Dakota cattle rancher was sentenced to three years in prison, with all but six months suspended, for terrorizing police officers who were trying to arrest him at his property in 2011. The case garnered national attention because it was the first time a law-enforcement agency had used an unmanned aerial vehicle to assist in carrying out an arrest. The Predator drone was from the Department of Homeland Security’s Customs and Border Patrol.[63]

UAVs can be used to perform geophysical surveys, in particular geomagnetic surveys[64] where the processed measurements of the Earth’s differential magnetic field strength are used to calculate the nature of the underlying magnetic rock structure. A knowledge of the underlying rock structure helps trained geophysicists to predict the location of mineral deposits. The production side of oil and gas exploration and production entails the monitoring of the integrity of oil and gas pipelines and related installations. For above-ground pipelines, this monitoring activity could be performed using digital cameras mounted on one or more UAVs.[65] The InView UAV is an example of a UAV developed for use in oil, gas, and mineral exploration and production activities.

UAVs transport medicines and vaccines, and retrieve medical samples, into and out of remote or otherwise inaccessible regions.[51] Drones can help in disaster relief by gathering information from across an affected area. Drones can also help by building a picture of the situation and giving recommendations for how people should direct their resources to mitigate damage and save lives.[66]

Unmanned aircraft are especially useful in penetrating areas that may be too dangerous for manned aircraft. The National Oceanic and Atmospheric Administration (NOAA) began utilizing the Aerosonde unmanned aircraft system in 2006 as a hurricanehunter. AAI Corporation subsidiary Aerosonde Pty Ltd. of Victoria, Australia, designs and manufactures the 35-pound system, which can fly into a hurricane and communicate near-real-time data directly to the National Hurricane Center in Florida. Beyond the standard barometric pressure and temperature data typically culled from manned hurricane hunters, the Aerosonde system provides measurements far closer to the water’s surface than previously captured. NASA later began using the Northrop Grumman RQ-4 Global Hawk for extended hurricane measurements.

Further applications for unmanned aircraft can be explored once solutions have been developed for their accommodation within national airspace, an issue currently under discussion by the Federal Aviation Administration. UAVSI, the UK manufacturer, also produces a variant of their Vigilant light UAS (20 kg) designed specifically for scientific research in severe climates, such as the Antarctic.[citation needed]

There have also been experiments with using UAVs as a construction and artwork tool[67] at locations such as the ETH Zurich.[68]

UAVs will likely play an increased role in search and rescue in the United States. This was demonstrated by the use of UAVs during the 2008 hurricanes that struck Louisiana and Texas. Micro UAVs, such as the Aeryon Scout, have been used to perform Search and Rescue activities on a smaller scale, such as the search for missing persons.[102] For example, Predators, operating between 18,000–29,000 feet above sea level, performed search and rescue and damage assessment. Payloads carried were an optical sensor, which is a daytime and infrared camera in particular, and a synthetic aperture radar (SAR). The Predator’s SAR is a sophisticated all-weather sensor capable of providing photographic-like images through clouds, rain or fog, and in daytime or nighttime conditions, all in real-time. A concept of coherent change detection in SAR images allows for exceptional search and rescue ability: photos taken before and after the storm hits are compared, and a computer highlights areas of damage.[103][104]

In June 2012, WWF announced it will begin using UAVs in Nepal to aid conservation efforts following a successful trial of two aircraft in Chitwan National Park, with ambitions to expand to other countries, such as Tanzania and Malaysia. The global wildlife organization plans to train ten personnel to use the UAVs, with operational use beginning in the fall.[106][107] In August 2012, UAVs were used by members of the Sea Shepherd Conservation Society in Namibia to document the annual seal cull.[108]In December 2013, the Falcon UAV was selected by the Namibian Govt and WWF to help combat rhino poaching.[109] The drones will be monitoring rhino populations in Etosha National Park and will use RFID sensors.

In Pennsylvania, Showing Animals Respect and Kindness (SHARK) used drones to monitor people shooting at pigeons for sport.One of their Octocopter drones was shot down by hunters.

In March 2013, the Times published a controversial story that UAV conservation nonprofit ShadowView, founded by former members of Sea Shepherd Conservation Society, had been working for several months with anti-hunting charity The League Against Cruel Sports to expose illegal fox hunting in the UK. Hunt supporters have argued that using UAVs to film hunting is an invasion of privacy.

In April 2013, People for the Ethical Treatment of Animals announced its intention to use drones to monitor hunters, as well as possibly industrial farms, fishing areas, and “other venues where animals routinely suffer and die”. Some gun owners responded by suggesting they’d shoot down these drones.

In 2014, Will Potter proposed using drones to monitor conditions on factory farms. The idea is to circumvent ag-gag prohibitions by keeping the drones on public property but equipping them with cameras sensitive enough to monitor activities on the farms.[116] Potter raised nearly $23,000 in 2 days for this project on Kickstarter.[116]

Japan is studying how to deal with the UAVs the PRC is starting to use to enforce their claims on unmanned islands.

Another application of UAVs is the prevention and early detection of forest fires. The possibility of constant flight, both day and night, makes the methods used until now (helicopters, watchtowers, etc.) become obsolete.[citation needed] Cameras and sensors that provide real-time emergency services, including information about the location of the outbreak of fire as well as many factors (wind speed, temperature, humidity, etc.) that are helpful for fire crews to conduct fire suppression.

In Peru archaeologists use drones to speed up survey work and protect sites from squatters, builders and miners. Small drones helped researchers produce three-dimensional models of Peruvian sites instead of the usual flat maps – and in days and weeks instead of months and years.

Drones have replaced expensive and clumsy small planes, kites and helium balloons. Drones costing as little as £650 have proven useful. In 2013 drones have flown over at least six Peruvian archaeological sites, including the colonial Andean town Machu Llacta 4,000 metres (13,000 ft) above sea level. The drones continue to have altitude problems in the Andes, leading to plans to make a drone blimp, employing open source software.